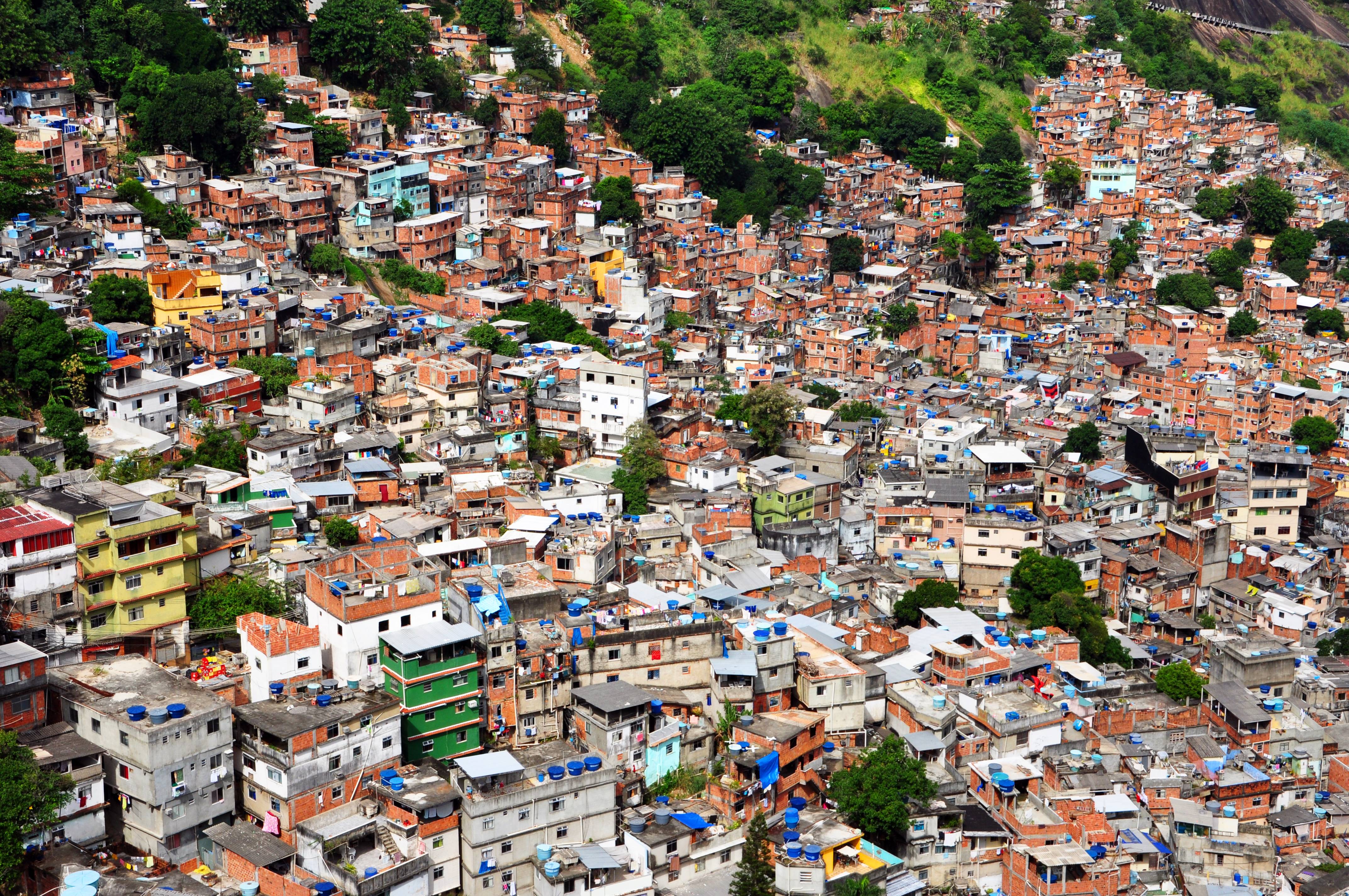 Brazil is the country of the future, and it seems that that will remain so forever. Lately, there is much talk about the scandals of corruption in this country, of the crisis that is happening, or by violent urban cities such as Rio de Janeiro. But there is another very typical aspect of Brazil that has not been brought up so much in the media. Let's talk about the most expensive country in Latin America - just like what you hear. If you want to go shopping in a city like Sao Paolo or Rio de Janeiro, now you can go preparing a list because it can be just as expensive as New York or London. Even the Brazilians have a word for this. It's called custo Brazil. It's something like a surcharge you have to pay for the mere fact of living in the country of the samba and the carnivals.

Let's take as an example a Big Mac in a McDonald's. For economics enthusiasts, you already know that the so-called Big Mac index is used in economics as price reference to measure the cost of living in a country. For example, in Switzerland, which is one of the richest countries in the world, the Big Mac would cost us the equivalent of $6.75. However, in Peru, a poorer country, we would get by on $3.23. Has logic, Right? At the end of the day, the salary means that a Swiss is far superior to a Peruvian. Well, in Brazil, this Big Mac would cost us $5.10. That is to say, it is much more expensive than other countries such as the UK, Canada or Denmark. According to some expat websites, Sao Paolo is the most expensive city in all of South America with prices very similar to those of other cities such as Houston, the United States, or Germany.

And you wonder how much the Brazilians earn to be able to afford this cost of living? Is he/she richer than the average Colombian or the Chilean? Is the average wage in Brazil not going farther? Do the Argentines or the Chileans have wages more generous?

The question is why Brazil is so expensive? What are the reasons that explain that a middle-income country has a price of a rich country? Today we are going to respond to this question. And, believe me, this explains in good measure, many of the problems that have led Brazil into the crisis that it is suffering these days.

Right now, what we're seeing is an economy isolated from the outside. Many would think that Brazil is a country open to international trade, right? In the end, many international companies such as Bank Santander and Telefónica have had a presence in this country for years. However, Brazil has tariffs more high than all of Latin America. So what's this mean? Well, imagine that we have a company that manufactures mobile phones in the United States, and we want to sell in the Brazilian market. By the mere fact of selling a product made in another country, we have to pay a special tax, which can exceed 35% of the market price. And as you can imagine, this type of policy has clear consequences for the citizens. That is to say, that they don't have to import. And I already know what you are thinking - high tariffs are very good because they force the foreign companies to put factories in the country and give work to the citizens, right? Really, it is not so. 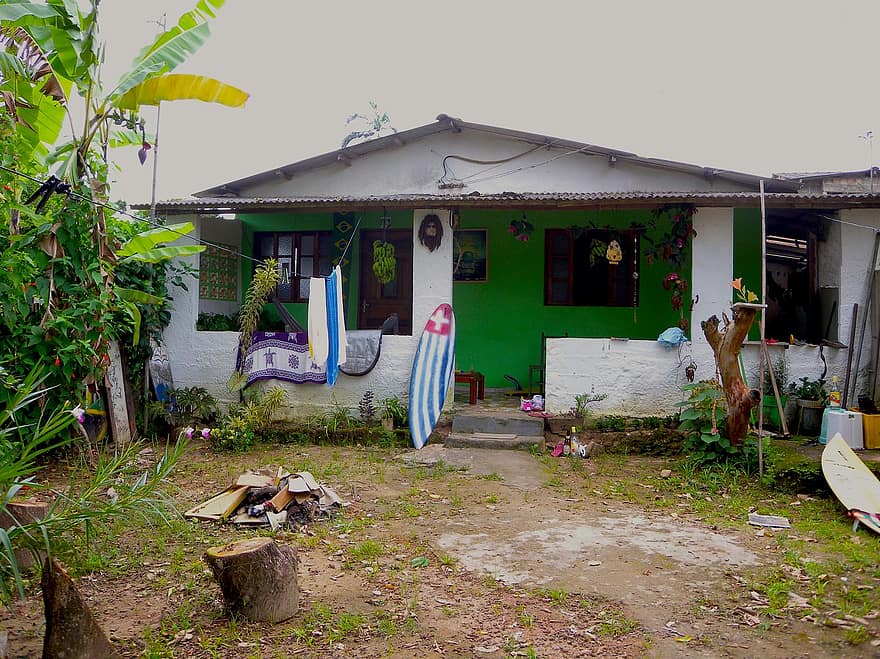 A favela in Brazil

Think about it carefully. When Microsoft mounted a factory in Brazil, you need to import the machines with which to assemble the components, cut the plastic, etc. And many of these machines come from other countries, which means that they pay a special tax, and, in the end, are much more expensive than if the factory was in another country with fewer tariffs.

And who pays this extra cost? Effectively, the ultimate consumer. That explains the fact that even many manufactured products in Brazil, for example, some models of Volkswagon, are extremely expensive. To give you an idea, if you want to buy a VW Golf in Sao Paolo, you'll need to kick in more. And all this, even though this model of car is manufactured in the outskirts of that very same Sao Paulo. But wait a moment because this is not the only reason that explains this custo Brazil.

Imagine a farmer who cultivates soybeans in the state of Pará in the north of the country. If you want to transport a cargo to sell it in Sao Paulo, you should send it in a truck and go via the highway BR-163. Just that one day it will rain for the trucks that are unable to pass on or stay sunken in the mud. But this is just one more example. What is certain is that Brazil has one of the worst infrastructures in the world. Even a country like India has better roads. To give you an idea, for a farmer American, every time a farmer spends $9 in transportation costs, that same farmer in Brazil would have to spend $25.

In the absence of roads, the Brazilians invest in trucks that break down often, and that expense costs even more. Logically, all this also means higher prices for all goods sold in Brazil. Do you wonder why the Government of Brazil does not invest in infrastructure?

This brings us to the point that Brazil has infrastructures as fronts. In the end, a good part of the money goes into bribes and traffic of influence. But not only that. What was the brilliant idea of the Government of Brazil to modernize their country? The Olympic Games and World Cup. Today, major Brazilian cities have some beautiful stadiums, with lights and cutting-edge technology. However, outside of these metropolises, we find railroad abandoned, motorways unpaved or even neighborhoods that do not have a simple line of bus that connects them with the city. Of course, this not only has consequences in the prices paid by the Brazilian, but also in the prices we pay to the rest of the world for the products that are manufactured in Brazil.

So how does someone who earns less eating a pizza in a restaurant come across as normal in San Paulo? Let's see, how about credits and loans? For decades, Brazil had one of the inflation highest in the world. In the years between the 80s and 90s, they came to overcome things. Imagine that in 1980 you can have a beer in a bar in Rio de Janeiro. And Cruises.

The cruise ship was the currency they used at that time. As you can imagine, this hyperinflation created habits of consumption very different from what we have on the rest of the world. To survive as stores, Brazilians got accustomed to sell products to deadlines. And these strategies continue to be very useful in a country with such high prices. That's why, still today we can see the prices of stores with stickers on the side that say 10x, 12x, or 20x. That number and that “x” means that you can pay for the product in 10, 12, or 20 periods. To put it another way. The issue many Brazilians face is not if this suit, or this television is expensive or cheap, but if one will be able to pay the installments due in the next two years.

And as you can imagine, when you pay something over time, you get a lot more interest. For example, here we have a smartphone in an eCommerce in Brazil. If you look, by paying a one-time price, it costs us R$632. However, paying in installments would cost us the equivalent of $217. A 7% difference that adds to the other cost overruns that we have discussed already. All of this means that the Brazilian middle class is continually paying off debt. And, of course, this has its consequences. Nearly 60% of Brazilians are in debts by the payment deadlines. And this is not the worst thing.

In recent years, credit cards became the pretty girl of all banks. Large entities such as Santander or Credit Suisse fired up their investments in the country. Brazil was the perfect place to sell credit cards. In the year 2012, the Brazilians were already on an average of 2 credit cards per person. And they used them like there's no tomorrow. Brazil was the country that spent the most on credit per capita out of the whole of Latin America.

In a country in crisis, where the unemployment grows and wages go down, it is very difficult to return the debts, And what happens when a bank is afraid of the deadbeats? Rises in interest rates. The Brazilians have to pay interest of the 414% on their credit cards. Imagine that we use the card to buy and the pay in 12 monthly installments. Well, at the end of the year, adding the interests, the television it would have cost us would be crazy, right? Oh, and let us not forget that the average salary of the month. In other words, the most Brazilians live in conditions of subsistence. And what is worse, they can barely save money, so if they lose their jobs then they do not have a mattress to be able to survive. And this is why news the homeless population in Rio de Janeiro increased by 150% in just three years. And now the question is, how can Brazil go out of this situation? Who can reform the country? One may never know.