I am a language coach who specializes in accent reduction coaching. What this means is that I help my students reduce their foreign accent and sound more native. While I only recently jumped into full-time coaching, in many ways my lifelong love of learning languages helped propel me in this direction.

I grew up in Hong Kong in a multilingual environment. At home, we spoke four languages: English, Mandarin, Cantonese, and Shanghainese so it was a real mix of languages, reflecting the various places my family members originated from. At home, I spoke American English while at school, I listened to the British English our teachers mostly spoke.

At school, I jumped on the chance to learn languages, and aside from Mandarin lessons I took French at school, I started a Spanish club and even a Russian club. I also created a fictional language imagining what a Latin-based Chinese creole language might look like in an alternative history for a school project, kind of similar to how David J Peterson created Dothraki and Valyrian for Game of Thrones but without the getting paid part.

A Latin romanization scheme I created for Mandarin based on the Gwoyeu Romatzyh romanization system. I did this for fun one week.

Even before I made the jump from working a regular job as a web designer, I would often surprise speakers of other languages with facts about their own languages that they themselves didn’t even know. I knew about these facts because I often read about the languages, either in books, or just even in Wikipedia. The following are some things about English you might not have known:

The last point is interesting as it illustrates something that many of my students have difficulty with. English, being a strange language, has a LOT of vowels. Whereas the average language has eight vowels, depending on the dialect, English can have between 15 to 21 distinct vowels! 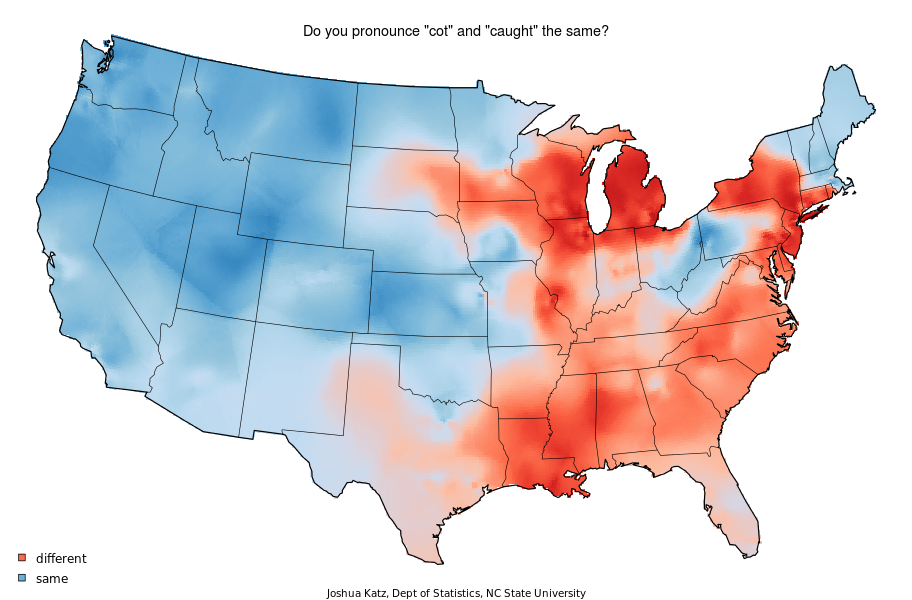 Another thing that Americans do differently is rhyming words like “cot” and words like “caught”. While in the west the two sounds have merged, the distinction is preserved in the east.

How knowing other languages helps

Needless to say, vowels are one of the areas I work with students in order to improve their accents. In addition, I’ve helped my students in many ways, not only by understanding how their languages work, but also by really understanding the human mouth and how the tongue, the vocal cords, nose, and sound waves function and interact to make all the sounds!

For me, teaching my students is rewarding. Seeing (and hearing) a student improve fills me with pride. I like seeing them finally hear the differences between two similar sounds and finally accurately produce this sound. Besides this, I also just love sharing interesting things about language and getting others interested in this marvelous human capacity!

Using a virtual background to help a student feel his vocal cords vibrating so that he can understand different categories of English sounds. Posted with permission

Maybe I can help you too?

I continue learning and teaching. I think that’s the most important thing, to keep learning and improving on what I love doing. When I’m not teaching, I take two very affordable hours of Russian a week on italki and also create and look for new materials with which to teach my students. Not the formal materials that you learn in textbooks (who says “how do you do?” anymore?) but examples of real-life English phenomena. This can demonstrate either new slang and grammar, but also various types of speech and accents.

Besides this, I am also starting to put more material on my YouTube link and Instagram as well as on my own company: Adrian’s Accent Coaching. At least for me, the joy of learning has also converted itself into a calling that helps me help others discover the beauty and curiosities hidden within languages we use every day!